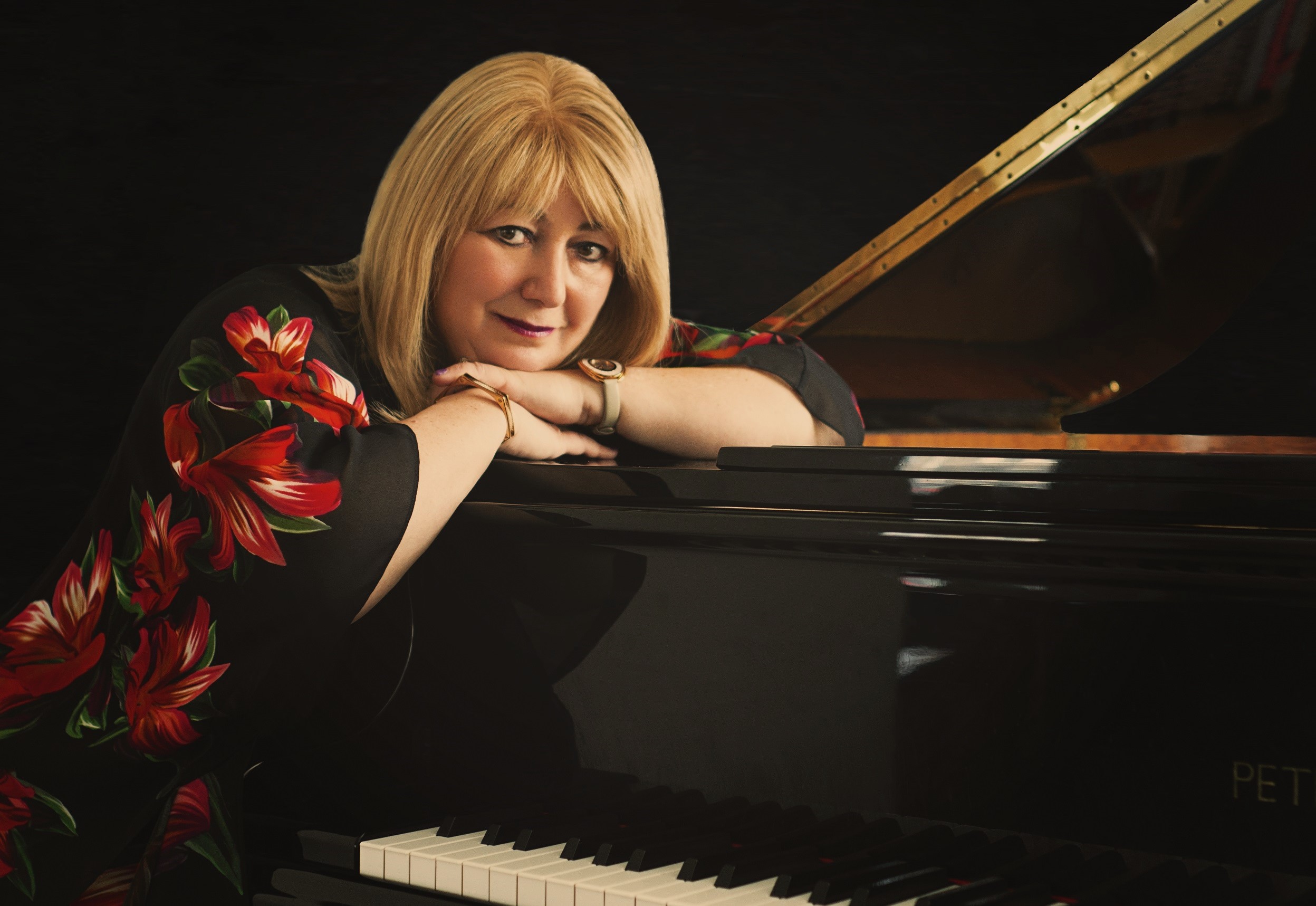 Olga was born in Leningrad, the present-day St. Petersburg. She started taking piano-lessons at the age of 5 and from the age of 9 she  was taught composition. After her education at the Rimski Korzakov Lyceum she was admitted to the Rimski Korzakov Conservatory of St. Petersburg, where she studied composition, musicology and music pedagogy with professor Sergei Slonimsky as her tutor.

Olga writes various kinds of music such as children’s ballet and chamber music, and also pop/rock music. In December 1989 Olga settled in Best in Brabant. She has initiated and organized the local concerts “juniors for seniors” in which young musicians offer special performances to older people.  In 2009 Olga established the foundation MOB, Musical October Best, aiming  to organize an international music festival every two years. The festival’s climax is always the Liberation Concert on October 24.

Since 2010 Olga has become a member of the Rotary Club Best-Oirschot. Olga is also a member of Rotary ICC The Netherlands-Russia and organizes benefit performances for Rotary International. For the efforts she put in for this purpose she received the Paul Harris Fellowship decoration in 2019. Olga’s musical contributions to the community of Best were highly appreciated and in 2019  she was also rewarded with the membership of our national Order of Oranje Nassau.

On her CD ‘So far away and so near’ we can listen to her own compositions, based on the poems of Russian poets; Olga sings and accompanies herself on the piano. On the occasion of the 70th commemoration day of the Liberation of Best Olga has offered her composition for violin and piano ‘Always with me’ as a musical present  to the community of Best. ‘Always with me’ is also the name of her bilingual – Dutch-Russian- album with about ten music pieces composed by Olga. Olga contributed to various movie-, concert- and theatre productions, for which she wrote the music and  sang to her own piano accompaniment. In March 2021 Olga provided the piano accompaniment to the ceremony and presentation of the Young Captain Reward 2020, which took place by livestreaming from the Museum de Hermitage in Amsterdam. In 2021 Olga appeared in the Music Theatre in Eindhoven in a performance together with Odillia Carmen Chirica. Their program was called My Talisman  and the music consisted exclusively of Olga’s own compositions.

“When I am composing a piece of music I always address my audience. I often tell a personal story, sharing my deepest emotions and dreams, for my motto remains:  from heart to heart”.